Did you know Lewisville, Texas, is located along the famed highway Route 66?

Actually, it isn't. In fact, you would have to drive several hours to reach the nearest segment of Route 66. But that didn't stop a production crew from making a stop in Lewisville in January 1962 to tape an episode of the iconic "Route 66" television program.

Lewisville was renamed Kilkenny, Texas, for the program (located somewhere near Waco, based on images used in the program). Temporary signs were placed on businesses along Main and Church streets, a Kilkenny bus depot was located on Mill Street, and the Huffines family home on Main was converted into a hotel -- on film, anyway. The crew even used Lewisville residents as extras in many scenes.

Each week from 1960 through 1964, the "Route 66" television series came into the living rooms and dens of American homes. The series, written by Stirling Silliphant, tracked the adventures of two young men from the east as they traveled down Route 66.

The show was one of the most brilliant dramas to emerge from the 60s, known for its catchy title song, intriguing characters and exciting writing. Martin Milner played the intellectual character of Tod Stiles who observed and analyzed the events occurring around him during his and his companion's travels. George Maharis played the character of Buzz Murdock, a tough young man who had grown up in "Hell's kitchen" and had to fight all his life to survive.

For over three years Tod and Buzz became involved in every situation imaginable, and traveled throughout the country (usually far from the real Route 66). The show was unlike any other because every episode was shot on location. Silliphant would pick interesting locations off the map usually where events were happening, like the cattle auction in Reno.

When a location was selected a story was written around the two characters. A crew of 60 people trucked all the equipment and gear into towns where the show was going to be shot. The shoots became major events for those towns because after the filming stopped and the crews left the notoriety of being a show location remained.

Because Chevrolet was a sponsor of the series, the one thing that always remained constant was the type of car that was used. In the series Tod and Buzz drove around the country in a Corvette that was given to Tod by his late father. Chevrolet supplied two Corvettes to the set every six months. Because of the shows popularity, the "route 66" show sold more Corvettes than any other TV commercial, and established the corvette as an American icon.

Midway through the third season George Maharis left the show due to illness. Glenn Corbett who played the character of Lincoln "Linc" Case, a Vietnam vet who had just been released from the Army, replaced George Maharis' character. This made "route 66" one of the first television shows to make a controversial war a reoccurring element of a series.

However, the concept of two young men traveling the U.S. in search of adventure had been worn pretty thin. Within another year, "Route 66," like the highway, became a memory. The series, which lasted four seasons, shot a total of 116 episodes, 36 per year at 36 different locations. Before the "route 66" show became history in 1964, the show compiled an incredible 20.1 average rating, making it one of the highest rated shows of that time.

Though rarely telecast since, the show remains well remembered, mainly because of the popular Nelson Riddle theme song. Nevertheless, it no doubt inspired a generation of young men and women to search for life on the open road and leaving a lot of people dreaming they had done the same. 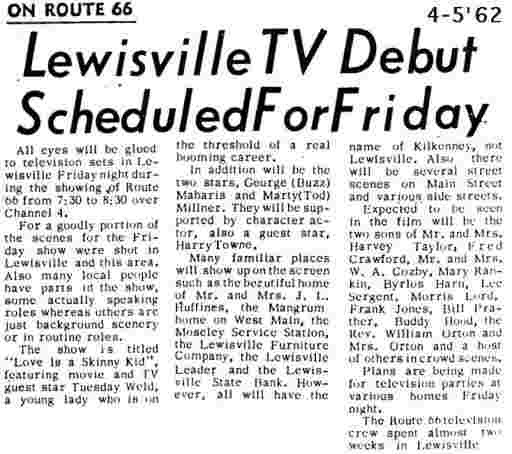 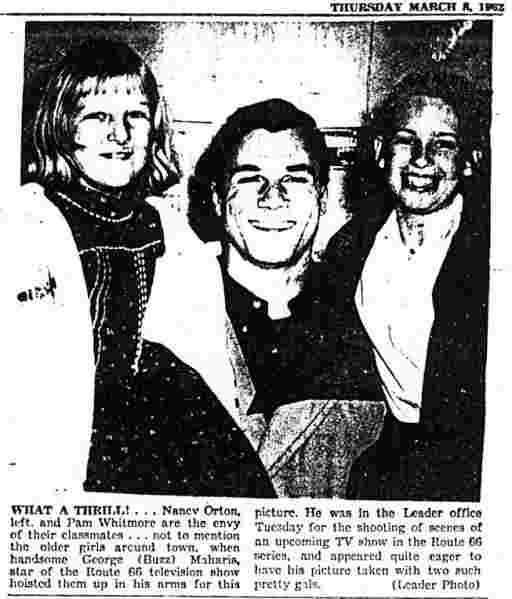 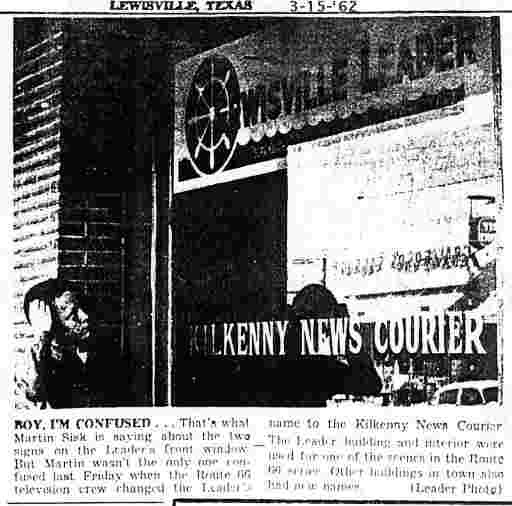 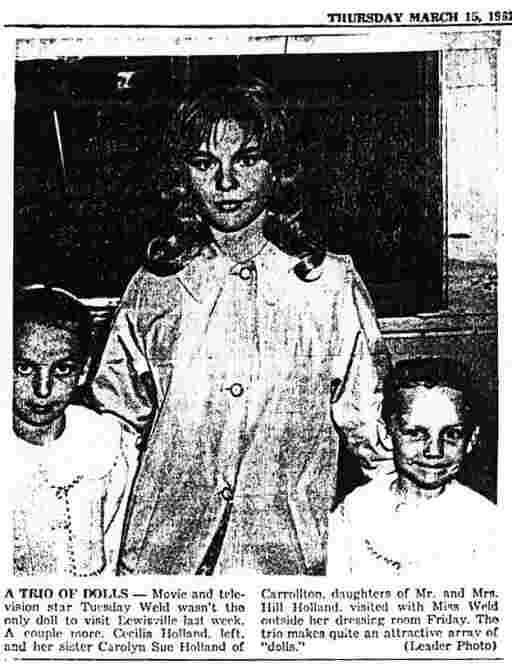