Up in Denton, a man named J.L Huffines opened the Huffines Motor Company in May 1924, selling Overland automobiles for $500 and Willys-Knight automobiles for up to $1,500. By now, there were an estimated 4,500 cars and 250 trucks in Denton County.

J.L. Huffines was known to tell folks he founded his business on one simple principal: treat the customer the way you would want to be treated.

As the story goes, in 1927 Daniel Carl Degan went to Denton to buy a car. There were no car dealerships in Lewisville.

J.L. Huffines and D.C. Degan were given financial backing by J.W. Degan, and a franchise by Chevrolet to operate in Lewisville. In April 1927, they opened Huffines Motor Company in the old livery stable on the corner of Main and Mill streets. 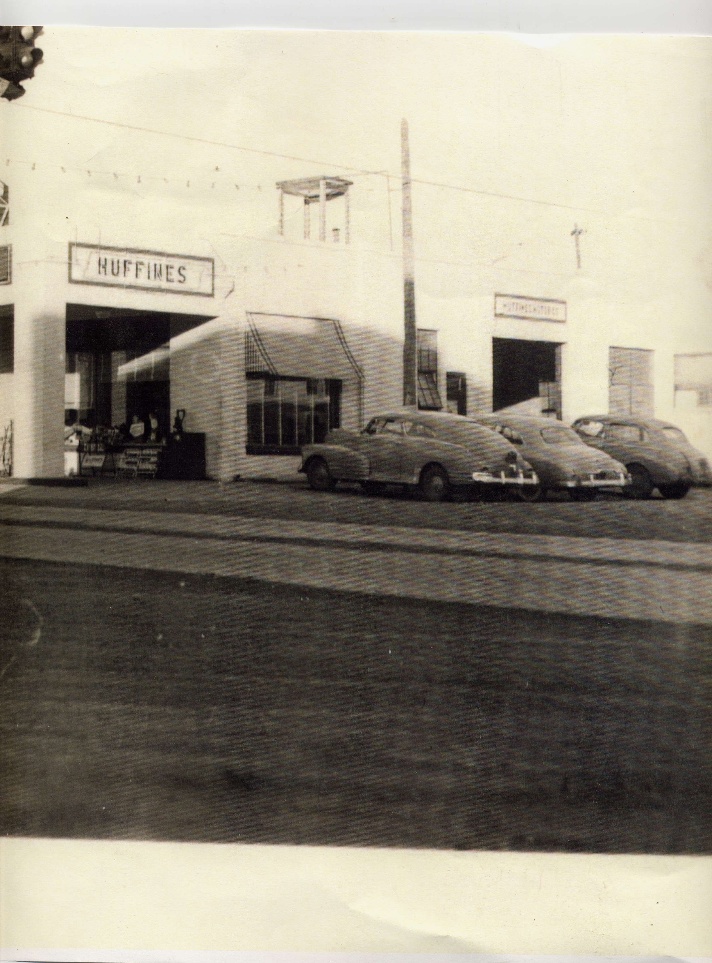 It is difficult to enumerate the many impacts J.L. Huffines and his car dealership had on Lewisville through the years, but his contribution was significant and enduring. He served on the school board and on many community committees. The city's first traffic signal was operated by a switch inside the dealership. The family donated land off Valley Parkway in the mid-1990s that was used to build Huffines Middle School. The family home was used by the crew of television's Route 66 as an on-screen hotel during an episode of that program filmed in Lewisville.

The photo below, taken in1938, shows the Good Roads Committee awaiting the arrival of Gov. Walter Woodul. Mr. Huffines is sitting atop the white horse in the middle front, leading the group as a representative of Lewisville. The group is pictured on Main Street, just south of Poydras, facing west. 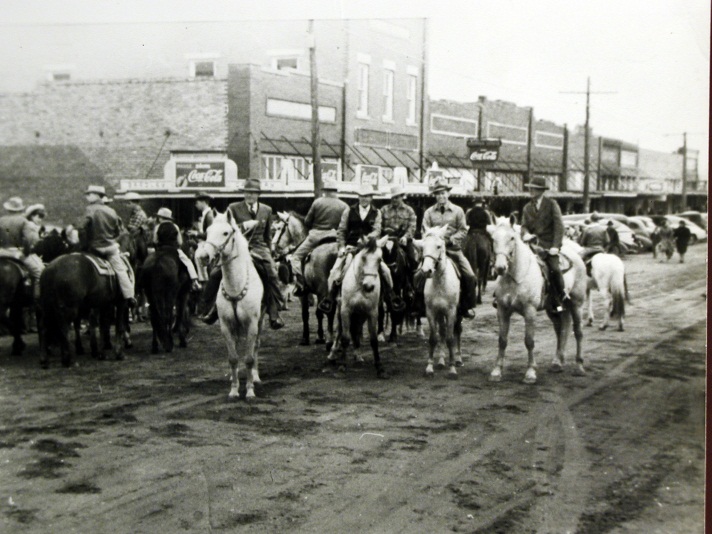 Mr. Huffines died in 2009 at the age of 85. His legacy is perhaps best summarized by this story, also excerpted from the "Reflections" book.

The following newspaper articles were published in 2004 when a community celebration was held that spanned several Denton County cities to mark the 80th anniversary of Huffines Motor Company.