The Lewisville Police Department requests the public’s help in solving the following cases. If you have information on these cases, please submit a crime tip. 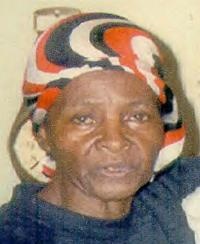 On November 26, 2007, officers from the Lewisville Police Department were sent to the area just below the Lewisville Lake Dam to investigate what appeared to be the recovery of a human skull. Approximately two weeks prior, there had been a controlled burn of the area which revealed the human skull and additional human remains.

In October 2008, while conducting another controlled burn in the area below the Lewisville Lake Dam, workers located identification belonging to Marjorie Dabney.  The remains were later positively identified as those of Marjorie Dabney.  Dabney had previously been reported as missing by the Dallas/Fort Worth Airport Police Department in December 2001.  Dabney disappeared while traveling with her husband, Joe Dabney Sr., from Indianapolis to Bakersfield, CA, where she and her husband were to move into a new home.  During the layover, an airline escort accompanied Dabney's wheelchair bound husband to the restroom and asked Dabney to meet them at the gate.  She never showed up and couldn't be located.  On the day she went missing, Dabney was wearing a dark two piece knit suit, a black faux leather jacket, and a rainbow color scarf.  She carried a beige purse and a shopping bag but did not have money, her family told investigators at the time.  She wore a tag identifying her as an Alzheimer's patient.

Marjorie Dabney was last seen at DFW International Airport on December 7, 2001.  She was seen walking northbound along the roadway at 1800 N. Service Rd on airport property.  She did not have access to a vehicle.  It is believed that she walked from the area or was given a ride by a passing motorist.  Dabney's remains were found approximately 15 miles northwest of the DFW International Airport.

On Monday September 23, 1991, officers from the Lewisville Police Department were sent to the Arbor Creek Apartments, 396 E. Southwest Parkway, after a landscaping employee found a pink plastic bag near Bldg. #6. On closer inspection, the employee observed that the bag contained a deceased new born infant. The placenta and umbilical cord were still attached.

The Tarrant County Medical Examiner’s Office ruled the death as a homicide; hypothermia and exposure by abandonment.

The White or possibly Hispanic infant weighed 10.2 pounds and was 21 inches in length. The infant would be 24 years of age in 2015, had the infant not been abandoned. It is believed that Baby Doe’s mother carried Baby Doe the full term, 38-40 weeks, placing conception in December 1990.

There have been few investigative leads in this case. Baby Doe was found at about 11:45 a.m., and a canvass of the property yielded no investigative leads. The Lewisville Police Department is seeking the public’s assistance in bringing Baby Doe’s murderer to justice. If you have any information concerning the birth and/or death of Baby Doe, please contact the Lewisville Police Department
View Full Site